✕
Monday, December 16
One Btc News Today
Home›Ethereum›Biggest Crypto Hedge Funds and What They Tell About the Market
Ethereum

Biggest Crypto Hedge Funds and What They Tell About the Market 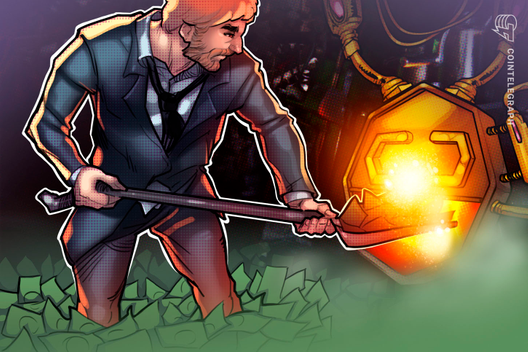 The total market cap for all cryptocurrencies stands at $293 billion, and while much of this value has been generated by individual traders buying and selling their own private stashes of crypto, it’s also largely the result of big investment funds. These are companies that have crypto assets under management worth as much as $1 billion or upward, with most of them qualifying as the whales the cryptocurrency community often talks about after every market movement.

Yet, aside from simply trading Bitcoin, Ether or many other cryptocurrencies, funds also often invest venture capital (VC) in blockchain — and crypto-related startups. This makes them doubly important for the growth of the cryptocurrency industry, given that they support not only the currencies of the future, but also the platforms and companies that will harness these currencies to build entirely new financial ecosystems.

That said, most of funds have been backed by traditional venture capital, such as Andreessen Horowitz and Sequoia Capital. So, even though they are supporting the emergence of the new crypto economy, it will be one that will have strong, foundational links with the financial system — something many in the community think crypto will replace.

Obtaining reliable, standardized data on the assets under management of each major crypto fund is very difficult, if not impossible. Accordingly, this top five doesn’t claim to be completely authoritative, given that it gleans available data from a variety of sources published at a variety of times. Nonetheless, it provides a fairly robust account of the five firms that are most likely the biggest funds operating in crypto today, in terms of digital assets under management and investments in crypto-related startups.

Digital Currency Group was founded in 2015 by Barry Silbert, who had previously invested in such early cryptocurrency companies as Coinbase, Ripple and BitPay. It already has invested in nearly 130 crypto-related projects, with the average size of seed rounds it was involved in between 2016 and 2018 being $3.24 million. Given that it has more investments than pretty much every other fund in the industry, it will be no surprise to hear that it has backed some of the most well-known crypto projects and companies, including Circle, Chainalysis, Blockchain, Shapeshift, Parity, Ledger, Luno, Kraken, Korbit and eToro.

One of its investments is Grayscale, a subsidiary of Digital Currency Group that invests directly in cryptocurrencies and digital assets. Grayscale announced in its Q2 2019 financial report that it had assets under management (AUM) worth $2.7 billion. As an indication of just how volatile the AUM figure can be, it also revealed that this number had tripled since the first quarter of 2019, with its dedicated Bitcoin Trust having increased 300% compared to the same time last year.

More revealingly, Grayscale’s latest report also detailed how most demand for crypto investment comes from institutional investors — who have represented 84% of its client base since July 2018. As such, it’s clear that, far from being a grassroots-based, decentralized ecosystem, crypto is already driven very much by big business and big money.

Founded in 2016 by cryptocurrency investor Olaf Carlson-Wee, Polychain Capital is another crypto-focused hedge fund that nonetheless has backing from noncrypto venture capitalists. Back at the end of 2014, it was reported that its AUM totalled $591.5 million, having plunged from a high at the end of 2017 of around $1 billion. However, data from Crypto Fund Research states that, as of June 2019, it has $967 million of cryptocurrency under management.

As with most other major funds, it also invests in blockchain- and crypto-related startups, with its tally of investments coming to 37 (according to Crunchbase). These include Coinbase, Kik, Celo and dYdX, which Polychain has been able to invest in thanks largely to the raising of around $175 million for its venture capital fund at the end of 2018.

One thing that’s worth noting about Polychain Capital is that it has received significant backing for its venture capital and crypto funds from major VC firms. In 2017, it closed a $200 million funding round in which Sequoia Capital, Andreessen Horowitz and Union Square Ventures all participated. It is, therefore, as much a product of traditional finance as it is of the new cryptocurrency ecosystem.

Initially founded in 2003 and based in San Francisco, Pantera Capital was once a traditional investment fund, although it shifted its focus in 2013 to cryptocurrencies and blockchain projects. According to a range of estimates, it has assets under management worth anything from $335 million to $724 million, although this may have fluctuated in recent months. It has also invested a considerable sum in 72 crypto-related startups and projects, with it having raised at least $200 million in total from outside venture capital in order to fund such investments ($13 million in 2016, $25 million in 2017, and $175 million in 2018-2019).

Pantera Capital has backers from outside the cryptocurrency industry, which is significant insofar as it indicates not only mainstream interest in crypto but also the possibility that it may feel some kind of indirect pressure to invest in projects that would be more pleasing to its financial backers.

As for Pantera Capital’s general outlook, it may come as no surprise to hear that the fund is very bullish on the future of cryptocurrency and blockchain. In July, its CEO and founder, Dan Morehead, predicted that Bitcoin may hit $42,000 by the end of year and that it could climb as high as $356,000 in a couple of years.

Despite this confidence, Pantera Capital is no stranger to setbacks. For instance, it admitted in December 2018 that it could be forced to pay refunds and fines for around 25% of its initial coin offering portfolio, given that roughly this proportion of the portfolio is likely in violating American securities laws. Similarly, during the 2018 bear market, its digital asset fund (i.e., its cryptocurrency fund) lost around 77% over the first 10 months of that year.

Launched in New York City in 2018 by former Goldman Sachs partner Michael Novogratz, Galaxy Digital is another hundred-million-dollar crypto hedge fund. As of the end of June 2019, its total assets under management is $393.3 million, having dipped from May’s total of $421.6 million. During 2018, the fund posted a net loss on its balance sheet of $272.7 million, largely because of the bear market and crumbling crypto prices.

In addition to investments in cryptocurrency, Galaxy Digital has also invested in around 20 crypto-related projects, including Bakkt, BlockFi, Ripple, Block.one, BitFury, BitGo and Bitstamp. As with the other funds on this list, such ventures have been made possible by investments from noncrypto backers. That’s because when Galaxy Digital launched in January 2018, it had not only $400 million of Novogratz’s own capital but also raised a further $200 million by floating the company on Canada’s TSX exchange.

While it’s focused mostly on companies operating outside of the cryptocurrency sector, Andreessen Horowitz established its own crypto investment fund, called a16z. As of writing, a16z claims that its fund is worth $350 million, while back in June 2018, when it was launched, the total came to $300 million. This is a big figure in the context of the crypto industry, but compared to the $7 billion in assets that Andreessen Horowitz manages in total, it seems a little more modest. However, it’s likely that the value of a16z has increased since May. More importantly, however, is the fact that a massive investment fund with $7 billion in AUM is also interested in crypto, which is a significant vote of confidence for the industry.

This vote of confidence doesn’t derive only from direct investment in cryptocurrencies, however. Andreesseen Horowitz and a16z have also thrown venture capital at a range of cryptocurrency startups, spanning Coinbase, Maker, Filecoin, dYdX and CryptoKitties. For example, in August 2018, the fund, together with Polychain Capital, invested $105 million in blockchain-based cloud startup Dfinity, having already contributed a combined $61 million in a previous round in February of that year.

Even forgetting a16z, Andreesseen Horowitz is therefore heavily invested in the cryptocurrency industry and is one of the biggest funds operating in the space today. More encouragingly, recent events indicate that it wants to involve itself even more heavily in the sector — as in April of this year, it announced plans to restructure its entire business and register its employees as financial advisors. The reason? This would provide it with the legal basis to engage more in riskier ventures, such as cryptocurrencies.

Of course, these aren’t the only big investment funds operating in crypto to the tune of hundreds of millions of dollars. Others include:

These aren’t the only significant funds working in the crypto industry. However, in a rigorous study published in May 2019, PwC and investment firm Elwood concluded that the vast majority of cryptocurrency investment funds are in fact pretty small.

For instance, the survey found that more than 60% of 150 active crypto hedge funds have less than $10 million in AUM, with only 10% of these funds managing more than $150 million. It also found that the average crypto fund’s AUM is only $21.9 million, indicating that, despite a few big fish, much of the sector is populated by smaller firms trying to capitalize on the cryptocurrency market.

More disconcertingly is that the report also notes a lack of independent governance in the average fund, given that only 25% have boards with independent directors, something that may be risky in cases of emergency, when clear, cautious decisions are needed. Similarly, over 90% of crypto hedge funds don’t use third-party research, suggesting that they suffer from a deficit of external, objective input.

Still, while this might indicate that the crypto hedge fund sector is immature and vulnerable, there was a pronounced increase in crypto hedge funds and the assets under their management in 2018, according to Morgan Stanley research. In 2014, for instance, there were only 31 such funds, while there were 220 by November 2018. More impressively, these funds had $7.1 billion in assets under management in July 2018, driven largely by demand and involvement from institutional investors.

It is for this reason that it would be unwise to predict that the importance and presence of crypto funds won’t grow even further in 2019 and the years to come. As the foregoing overview has shown, they function as an indispensable medium between big institutional investors and the nascent cryptocurrency industry. This means that the more they grow, the more crypto becomes part of the wider financial system.

Chinese National Cryptocurrency Turns Out Not Being an Actual Crypto

These Bitcoin Users Want DAI and DeFi – Here’s How They Plan ...

As Projects Flock to Binance Chain, Its DEX Has a Lot to Live up To

You wouldn’t know to look at it, but Binance DEX could soon become the busiest e…

The SEC Does Not Want Crypto ETFs — What Will It Take to Get Approval?