Daily Ethereum Transactions Exceed One Million, a First Since May 2018 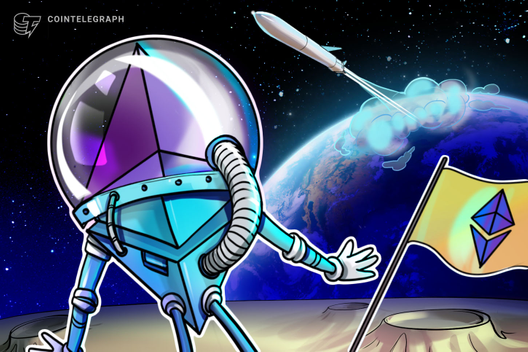 Daily transactions registered on the Ethereum (ETH) network exceeded one million yesterday, June 28, for the first time since May 2018, according to data reported by leading Ethereum block explorer Etherscan.

As crypto analytics firm Diar reported at the time, Ethereum volumes on decentralized applications (DApps) registered a new high in April with 776,000 ETH transacted. At the end of April, industry newsletter Diar also noted that on-chain transactions on the bitcoin (BTC) network hit fresh highs not seen since 2017 during the month.

Veteran trader and author Peter Brandt predicted in a new market forecast that Bitcoin (BTC) will continue to grow, but altcoins like Ethereum will not feel the benefits.

Blockchain Disruption of the Insurance Sector

Coinbase Releases Key Findings on Crypto Awareness and Adoption in US

Cryptocurrency trading volumes in India have accelerated despite regulatory unce…

Gemini, the cryptocurrency exchange founded by the Winklevoss twins, has joined …

Crypto Experts Give Their Top Predictions for 2020

In an industry built around digital scarcity, opinions are in plentiful supply. …