North Korea in Early Stages of Building Own Cryptocurrency 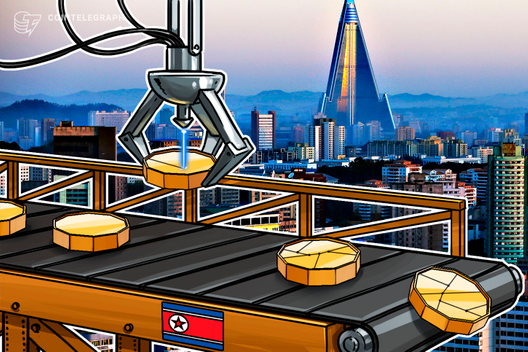 A North Korean representative reportedly said that the country is in the early stages of developing its own Bitcoin (BTC)-like cryptocurrency.

On Sept. 18, Vice news reported that the Democratic People’s Republic of Korea (DPRK) is developing its own cryptocurrency in an attempt to evade international sanctions and find a way around “the U.S.-dominated global financial system”.

“We are still in the very early stages in the creation of the token. Now we are in the phase of studying the goods that will give value to it […] No plans to digitize the [North Korean] won for now.”

According to Vice, the North Korean Embassy to the United Nations in New York was not willing to confirm or deny Cao de Benos’s claim. “I am not in a position to give you an answer,” an embassy spokesperson apparently said.

As Cointelegraph previously reported, the UN Security Council North Korea sanctions committee said DPRK hackers were targeting foreign banks and cryptocurrency exchanges to steal money for funding its weapons of mass destruction program. The committee states that the DPRK has netted nearly $2 billion from such activities.

In response, the National Coordination Committee of the DPRK for Anti-Money Laundering and Countering the Financing of Terrorism, claimed that the United States and other hostile forces are spreading slanderous rumors about its intentions and activities.

Legal & General Partners With Amazon to Use Blockchain for Pension Deals

Monday, Oct. 14 — Bitcoin (BTC) started the week with little to no movement in p…