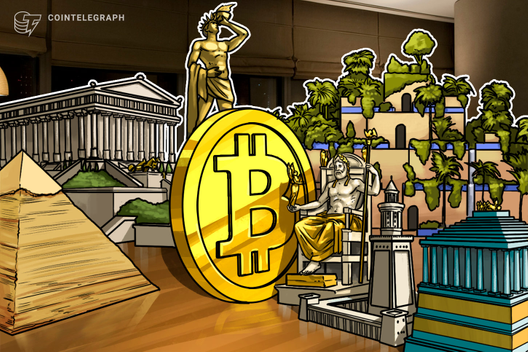 The seller claims the “collector’s must have” is a Casascius brass token that was created in 2011.

According to the listing, the physical coin is loaded with one BTC that has not been redeemed, and all of the seals remain intact.

Payment can be made in crypto or cash, and the seller says they will also consider trading it for real estate. However, the listing adds that “Cars and boats = no.”

The seller says they made the purchase back in 2012 and have kept it in their safe since then, adding: “Only a few hundred remains in the ENTIRE world.”

Casascius bitcoins were invested by a crypto enthusiast in the early 2010s as a collectible that contained real cryptocurrency. The man behind the concept stopped selling them in November 2013.

The private key for the bitcoin is embedded inside the physical coin on a card protected by a tamper-evident hologram.

According to a website dedicated to tracking Casascius coins, 15,586 coins with a denomination of 1 BTC have been produced, 4,651 of which have been opened to date.

Quirky listings relating to crypto have appeared on eBay before. Back in March, the owner of a startup that never launched its initial coin offering attempted to sell the project on the e-commerce website for $60,000.